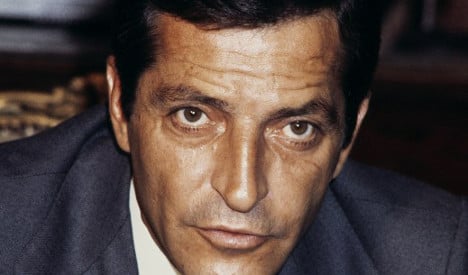 How long will it take Spanish politics to find another Adolfo Suárez? Photo: STR/AFP

A MEDIATOR WHEN SPAIN NEEDED IT MOST

Suárez, together with King Juan Carlos, headed Spain’s historic “transition”: the delicate dismantling of a 40-year dictatorship which saw Spain become a democracy.

Although Suárez was a senior leader under Franco's fascist regime, he oversaw the legitimization of all parties, including the communists.

After leaving office, Suárez could have done with extra financial aid to cover his wife and daughter’s medical costs, both of whom suffered breast cancer.

Instead, he chose to auction off his home in Ávila and use only the earnings from his law firm. Both women unfortunately died.

A SPANISH POLITICAN WHO RESIGNED

In recent years, Spaniards have called on numerous politicians, including current Prime Minister Mariano Rajoy, to hand in their notice over political corruption scandals they have in one way or another been involved in.

In 1981, two years after being re-elected for his second term in office, Suárez addressed Spaniards via their television sets to unexpectedly announce: “My resignation is beneficial to Spain”.

Suárez refused to make most of his TV appearances from the opulent setting of the Spanish Parliament, opting instead to address Spaniards from the comfort of his own living room.

Just days after his resignation, Spain’s members of Parliament were voting on who should succeed Suárez as Prime Minister when an attempted military coup took place.

Gunshots were fired by the ring leader, Antonio Tejero, but Suárez remained seated as all those around him hid under the congress benches.

“Explain what this madness is,” he shouted as several Spanish Civil Guards pushed his number two in office Gutiérrez Mellado. “I order you to stop before a tragedy occurs".

After holding the Parliament and cabinet hostage for 18 hours the hostage-takers surrendered the next morning without having harmed anyone.

HE CALLED FOR THE END OF SPAIN’S COMPULSORY MILITARY SERVICE

“A waste of time” were the words Suárez used to describe “la mili”, as conscription was commonly known in Spain.

“It interrupts young people’s studies and delays their entry into the workforce,” he said at a party conference in 1989.