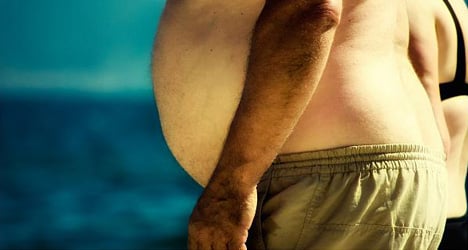 Many Spaniards may avoid exercise and vigorous activity but the survey shows they are still keen on taking a stroll. Photo: Flickr/Anuska Sampedro

Spain is a hotbed of professional sport, home to world champions in football, tennis, motorsports and more.

But the success of the country's top athletes is not inspiring the rest of the population, according to a study by Eurobarometer published on Monday.

It has revealed that 44 percent of people in Spain never do sport or engage in physical exercise, and that 49 percent never do any other physical activities such as gardening, cycling or dancing.

At the other end of the scale, the Scandinavians have the fewest non-exercisers with only 15 percent of Finns, 14 percent of Danes and 9 percent of Swedes claiming to never exercise.

Those in Spain who do exercise, however, are enthusiastic about it; the country came second only to Ireland (16 percent), and level with Hungary, Slovenia, Lithuania and Sweden (all 15 percent) in terms of people who regularly practice sport.

The EU average was 8 percent, according to Spanish daily 20 Minutos.

Sport-dodgers in Spain are not keen when it comes to other types of physical activity, such as cycling, dancing or gardening, either.

49 percent of Spaniards claim to never do anything physically demanding, well above the EU average of 30 percent and topped only by Italy (50 percent), Bulgaria (51 percent), Cyprus (57 percent), Malta (57 percent) and Portugal (60 percent).

But the Spanish habit of taking a stroll puts the country second only to Bulgaria (77 percent) in the list of those 'likely to walk for ten minutes or more on at least four days of the week' with 76 percent.

31 percent of Spaniards claim to exercise "with some regularity", again below the EU average of 33 percent, while 10 percent claim to do so "occasionally", compared with 17 percent across the rest of the continent.