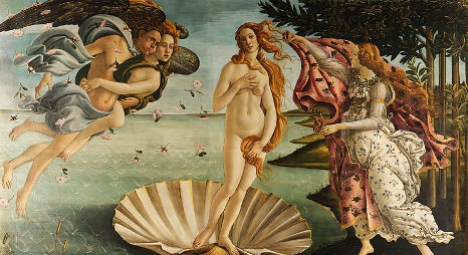 Standing in front of Sandro Botticelli’s alluring Birth of Venus, which depicts the classical goddess of love and beauty emerging from the sea and floating on a seashell, the 25-year-old man casually removed all his clothes, La Repubblica reported.

He then placed his hands in the same position as the goddess – one on his chest and the other on top of his thigh – before kneeling down and scattering rose petals across the floor.

Shocked gallery staff immediately intervened, with one attempting to cover the man with a towel while the other called the police.

One tourist took the opportunity to capture the scene on her mobile phone, with the photo then spreading quickly across Facebook and other social networks.

A commentator on Twitter posted the photo, and said: "Art makes us nake. Sometimes, literally!

The man is said to have shouted “freedom, freedom!” as he was taken away by police and later charged for an obscene act in public.

It is the second naked performance in a public place to have struck Italy this month.

"I was in the corridor of the gallery when I heard a guard saying he needed help because there was a naked man in front of Venus," Susanna Mantovani, a tour guide, told La Repubblica.

"I thought it was a joke, then we walked into the room and saw him kneeling down, sprinkling petals on the floor. I saw the police talking to him, and the situation seemed peaceful."

The man was reportedly curious to know if his performance had been caught on camera, asking police, "Is it true that people took photos with their smartphones?".

The Birth of Venus, painted between 1482 and 1485, is perceived as Botticelli's most famous piece of art. It was commissioned by the Medici family of Florence. 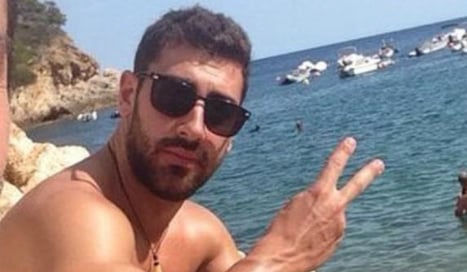 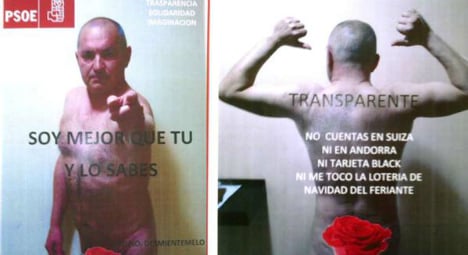 CAMPAIGN
Is Spanish politics all about stripping off? 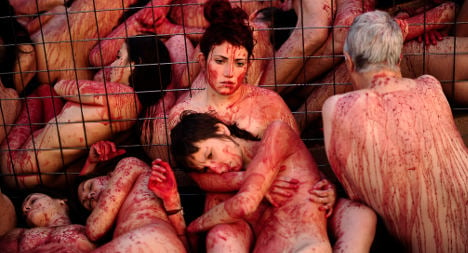 Protesters endured low temperatures to re-enact the killing of 60 million animals every year for their fur. Photo: Josep Lago/AFP

Protesters piled on top of each other inside and around a giant metal cage after covering their naked bodies in a red blood-like liquid, Spain’s Huffington Post reported.

"We want consumers to be aware of the terrible suffering which is behind this cruel business," AnimaNaturalis head Aida Gascón told the crowd of intrigued spectators.

"We have so many alternatives when it comes to choosing our clothes nowadays, it makes no sense to skin an animal when there are so many other materials available.

"Animals need their fur, you don't," she concluded.

According to the group, every year 60 million otters, lynxes, minks, foxes and other species are either raised in captivity or captured to then be brutally killed for their fur. 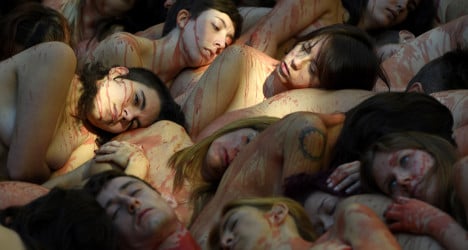 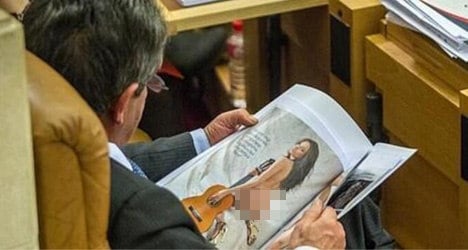