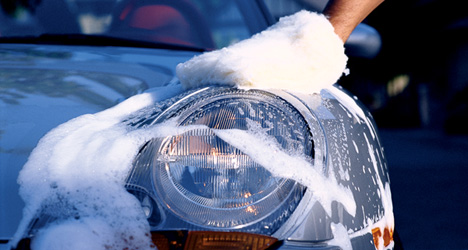 As well as washing the mayor's car, the policeman claims that he was forced to work alone and without rest breaks. Photo: Flickr/Writing Program PTW

The policeman, known as J.M.P., claims that the mayor's campaign against his 'moral integrity' dates back to 2008.

He filed charges in 2013 but the case was dropped.

The policeman and public prosecutors have appealed, citing a complete absence of any investigation into the alleged incidents.

According to Spanish daily 20 Minutos, the public prosecutors said that "the individual acts, taken in isolation, could be considered trivial but together, because of their repeated nature and other surrounding circumstances," could lead to, "the application of the law relating to degrading treatment and serious damage to moral integrity."

Prosecutors also said that the mayor "tried to intimidate [the policeman] on numerous occasions by opening disciplinary proceedings against him" and making him work without rest breaks.

When the case was originally brought in 2013, the mayor replied to the prosecutor in a press release which stated that it was "a waste of time and taxpayer's money" and that in 2008 he did not own a car, or even possess a driver's licence.