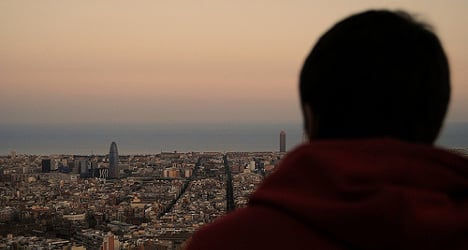 Teachers at the boy’s school in the town of Santa Coloma de Gramenet in Catalonia alerted local police after he complained in class about the pain he was suffering.

When doctors examined the nine-year-old, they discovered his body was covered in bruises and wounds, Catalan daily La Vanguardia reported.

The young boy told Catalonia’s Mossos d’Esquadra police his parents had whipped him on numerous occasions using either a belt or a tree branch.

The beatings were usually the result of his poor grades, the boy said.

A judge has now imposed a restraining order on his parents, who also face charges.

The boy is currently living with a relative.