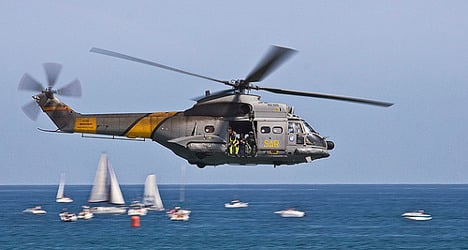 Remains of the helicopter's fuselage were found on Thursday morning but the search continues for the missing men, including the pilot and co-pilot.

A fifth crew member was rescued from the AS 332 Super Puma.

A large-scale search including naval, police and maritime rescue services was underway of the area, 25 nautical miles southwest of the archipelago's Fuerteventura island, a military spokesman told news agency AFP.

"They were doing a regular rescue by winching exercise when it crashed," the source added.

The cause of the accident is not yet known.