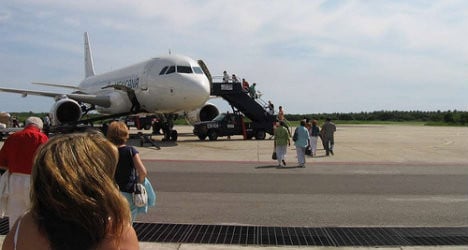 Over 200,000 native-born Spaniards have moved north to France, while 122,218 people have found a home in Germany, the stats show. Photo: Jait214/Flickr

Some 34 percent of those who have left Spain in the past five years are native-born Spaniards, while just under 60 percent of the Spanish citizens living overseas were born in the country they are now living in.

Over 60 percent of those who have moved from Spain are aged from 16 to 64.

The figures show that the majority of Spanish-born emigrants have chosen to remain in Europe, while most people born overseas have moved to the Americas.

Over 200,000 native-born Spaniards are now living in France, while 122,218 people have found a home in Germany, the stats show.

The figures are from the Register of Spaniards Residents Overseas (PERE).

Don't miss stories about Spain, join us on Facebook and Twitter.Sara Elizabeth Eckhardt.