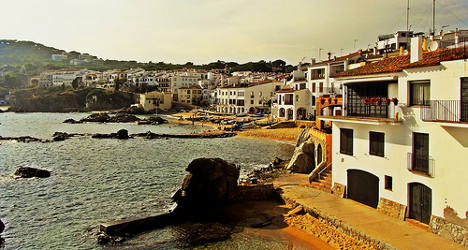 Towns in the municipality of Baix Empordà were among those where the quake was most strongly felt: Jaume Meneses

The quake measuring 3.9 on the Richter Scale hit at 1.13pm, according to Spain's National Geological Institute.

It was felt most strongly in the municipalities of Baix Empordà and Alt Empordà while the quake's epicentre was situated off the coast between Palamòs and Palafrugell.

No one was injured and no damage has been reported, Catalan daily La Vanguardia reported.

Emergency services did, however, receive several calls after the incident.

Spain saw some 400 earthquakes in the Gulf of Valencia in September 2013, which the Spanish Government linked with the presence of a depleted oil reservoir that is being used as a giant gas storage facility.

The government said there was only a "limited" risk of a resulting large earthquake.

In October 2011 an underwater volcano erupted off the coast of the Canary Island of El Hierro, two days after an earthquake measuring 4.3 on the Richter scale rocked the island.

The area has seen intermittent intense seismic activity since that time.