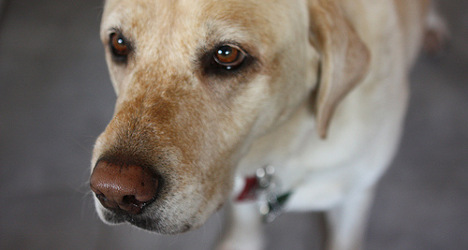 The owners of five-year-old Boludo decided to put him down when he lost his sight as a result of retinal problems.

But Martín Marín, a vet in the Spanish city of La Coruña, had other ideas.

"If you're careful, and if there isn't too much traffic, he can go off his lead," he added.

The determined vet managed to organize a place for the sightless Boludo at the home of local woman Destina Hürriyet.

Internet advertisements then turned up a most unusual rescuer in the form of Spanish medal-winning Paralympian Mónica Merenciano.

Merenciano, a judo athlete, won bronze medals at the Athens, Beijing and London Paralympics. She also has — like Boludo — vision problems. Her pigmentary retinopathy means she has a limited field of vision.

"When I heard that she had the same disability (as Boludo) I started to cry," Hürriyet told 20 minutos.

"I knew they were the perfect pair, made for each other."