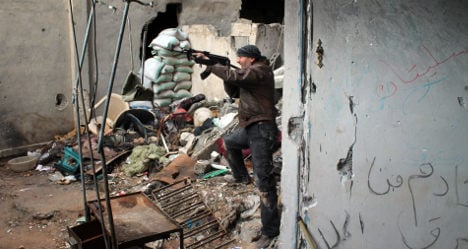 Seven people have been arrested in the operation targeting the cell, including one in the southern Spanish city of Malaga. three in Spain's north African enclave of Melilla and three in Morocco.

Among the arrests in Spain is the head of the cell while other detainees have already spent time with groups linked to Al Qaeda, the Interior Ministry reported.

Details of the nationalities of those arrested have not been given.

The operation is ongoing.

Friday marks the third anniversary of the beginning of hostilities in Syria. The death toll in the county's civil war is estimated to be over 100,000 although true figures are impossible to ascertain.