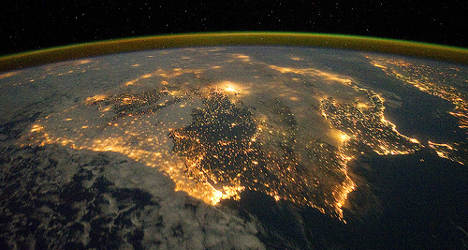 The striking image was taken by astronauts at the International Space Station which is in orbit some 400 kilometres (250 miles) above the earth's surface.

It is part of a collection of pictures recently posted by Nasa to honour the film Gravity which picked up the best director award at the recent Academy Awards.

The collection titled Nasa's Real-Life Images from Space contains images of astronauts on moon walks, space shuttles returning to earth, and views of the Earth from orbit.

Also included in the set is this stunning image of the Iberian Peninsula at night. In the picture, the cities of Madrid, Lisbon and Seville are as bright as solar flares. The coast of Portugal is also ablaze with lights while the interior of the country and the western Spanish regions of Extremadura and Castile and León are in relative darkness.

The right-hand side of the picture Europe and Africa almost kissing with just the narrow black strip of the Strait of Gibraltar separating the two continents.

"The blurring of the city lights is caused by thin cloud cover…while cloud tops are thinly illuminated by moonlight," according to Nasa.

The picture itself was taken on December 4th 2011 using a Nikon D3S digital camera with a 24mm lens. 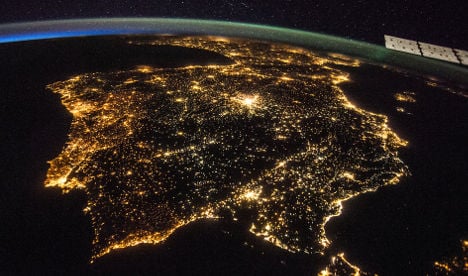 NASA
Pic of the day: Spain dazzles in Nasa photo 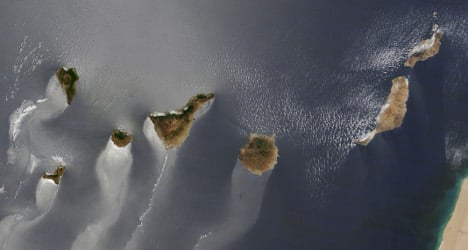