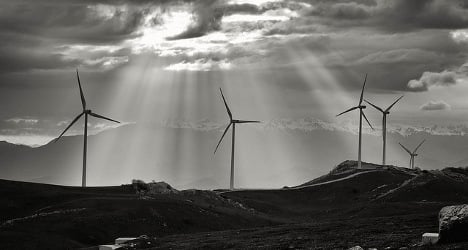 The comments from European Wind Energy Association (EWEA) chief executive Thomas Becker in Recharge magazine came in the lead-up to a four-day conference being run by EWEA in Barcelona, beginning on Monday.

"Spain has been a generational leader in wind power," but now risked "losing its leadership position" the wind association president then said in separate comments at a press conference on Monday.

Wind energy provided Spain with 21 percent of its total power in 2013, making it the country's major power source.

But in 2013, the Spanish Government introduced what it called urgent measures to slim down an accumulated €26 billion ($36 million) gap between energy production costs and what end consumers pay for power.

However Spain was "scaring away investors" and setting "the worst kind of example to other European countries", Becker said on Monday.

The EWEA boss went on to stress the need for Europe to set "nationally binding and ambitious 2030 renewable energy targets of 30 percent". This would also help boost energy security for the continent, Becker added.