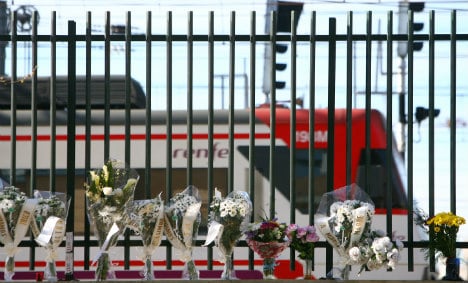 Al-Qaeda's leaders and its affiliates, including north African group Al-Qaeda in the Islamic Maghreb and armed fighters battling the regime of Syrian President Bashar al-Assad, referred frequently in their statements to "Al Andalus", or Spain, the minister told Onda Cero radio.

"Clearly Spain forms part of the strategic objectives of global jihad. We are not the only ones but we are in their sights obviously," Fernández Díaz said.

The Spanish counter-terrorist service's alert level is at its second-highest category, signifying "a likely risk of attack", a level that has not changed in recent years and is identical to that of most countries in the region, the Spanish minister said.

Since the March 11, 2004 attack, 472 suspected Islamic extremists have been arrested, he said.

In addition to the intelligence service, some 1,800 Spanish police and counter-terrorist security forces were devoted to confronting the threat, he said.

Fernandez Diaz later presided over a ceremony in Madrid to present civilian awards to 365 of those affected by the attacks.

The seven chief suspects committed suicide on April 3, 2004 by blowing themselves up in an apartment near Madrid, also killing a policeman.

The facts and the judicial process had since shown that ETA was not involved, however, Fernández Díaz said.

"Honestly, we have to say that it has not been possible to show any relation or link between ETA and those who were the material authors of the attack," the minister said.

Aznar had been among the most fervent supporters of the invasion of Iraq, despite popular opposition in Spain.

Just three days after the train bombings, voters punished Aznar in general elections which were won by Socialist José Luis Rodríguez Zapatero, an opponent of the Iraq war.

A study by the Royal Elcano Institute, a Spanish research body, said 84 Islamists, all young men, were convicted for attack plots in Spain between 1996 and 2012, or died in relation to such attacks.

Most of these Islamists were first-generation immigrants from Algeria, Morocco or Pakistan.

Analysts say a growing threat now comes from lone extremists who are being radicalized on the fringes of the Islamic world, not in the closely watched mosques but online or in small, marginal places of worship and in private homes.