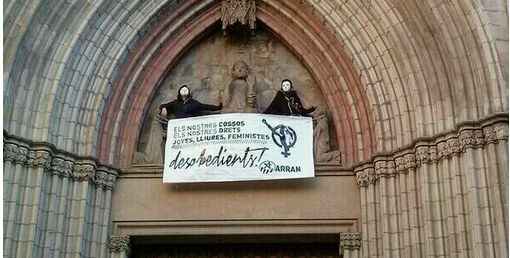 The protests come amid widespread criticism of federal government-backed reforms of Spain's abortion law. Thousands have taken to streets to voice their anger.

A law introduced in Spain in 2010 allows women to opt freely for abortion up to 14 weeks of pregnancy. But planned changes mean allow abortion only in cases of rape or a threat to the mother's health.

The draft law is expected to be passed in parliament where the ruling conservative Popular Party hold a majority, although its passage though its passage has been delayed after dissent from several high profile party figures.

Lawmakers recently rejected a proposal submitted by the opposition Socialists to "immediately withdraw" the bill by 183 votes to 151. Six lawmakers abstained.