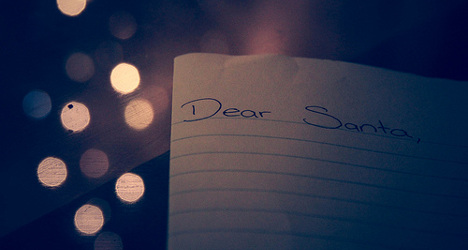 First of all, it takes three months to be delivered.

When they opened the envelope they found it to be a Christmas wish list written by a young boy none of them knew.

"Dear Santa," it read. "I'm Nano Fariña and I would like to ask you for this present. Bye."

Under the text, the young boy had glued a magazine cut-out of a tablet for kids.

"Dear Santa, I forgot to also ask you for a Snow White game. Kisses" read the message on the other side of the letter.

The mystery note inevitably ended up at the Serga offices in the Galician city of Pontevedra because the young lad had reused an envelope with the company logo and address on it.

"It took me back 35 years and put a great, big smile on my face," Serga consultant Santiago Mariño told The Local.

"We have no idea who the kid is but we've decided to make the story public so that we can find him and give him his belated gift."