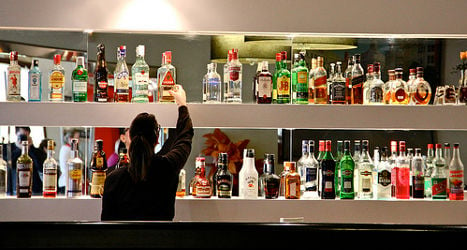 Walk down a city street in Spain and chances are you'll stumble upon at least a couple of bars and restaurants. Photo: Axel Rouvin/Flickr

Walk down a city street in Spain and chances are you'll stumble upon at least a couple of bars and restaurants.

Last July, the country boasted a staggering 350,000 establishments, with regions like Andalusia having more bars and restaurants that Denmark, Ireland, Finland and Norway combined (47,000).

But since the beginning of the crisis, "some 60,000 establishments have been forced to shut down," José María Rubio, President of Spain’s Hospitality and Catering Federation FEHR, told The Huffington Post.

According to Rubio, Spain can no longer rely on its excellent tourism figures to keep the industry afloat.

"Spaniards have always been the ones who've spent big in bars and restaurants.

"Especially compared to tourists who come to Spain with all inclusive packages or half-board deals who hardly spend any money at all."

A 2013 study by Coca-Cola found that 74 percent of Spaniards considered bars to be a good place to unwind and meet loved ones.

But according to Rubio, new communications trends are having a similar negative influence to the country's crisis.

"Loyalty has been lost, clients want to try our new places and the way in which people keep in touch has meant the bar is no longer the meeting point from which to go somewhere else," he explained.