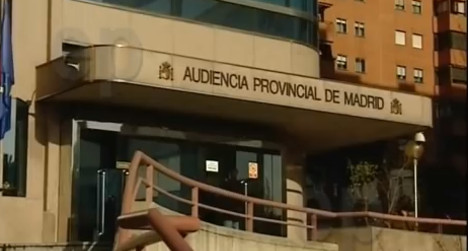 The suspect claims he never meant to hurt the brother and sister, and told reporters the legal system has destroyed and demoralized him. Screen Grab: YouTube

Juan José Ramos allegedly approached the eight and ten-year-old siblings in 2011 and lured them to his car by offering them a free puppy, online Spanish news site La Información reported on Tuesday.

The 55-year-old is then suspected of kidnapping the kids and taking them to a plot of land in Algete in Spain's Madrid province.

He threatened to kill them before throwing the siblings down a 2-metre (7-foot) deep well, a court in Madrid has heard.

Two days passed before the kids were rescued by firefighters who were alerted after passersby heard the children calling out for help.

But Ramos has told reporters the legal system has destroyed and demoralized him.

"I never meant to hurt those children," he said.

This is not Ramos’ first encounter with the legal system.  In 1983 Ramos was convicted of rape, and was sentenced to 23 years in jail, serving 17.

The children are suffering symptoms of post-traumatic stress disorder, the court heard.