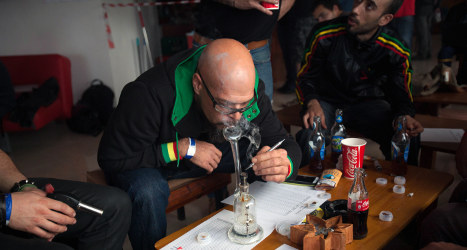 The homepage of marijuana travel site We Be High shows a world map liberally sprinkled with little red, yellow and green squares.

The red icons signify places where cannabis is a serious no-no, the yellow squares are for less friendly locations, and the green badges stand for areas of greater tolerance.

Look at Spain, and a series of bright green icons can be seen. In the words of the We Be High's operators cannabis is 'virtually legal' here.

'Virtually legal' is a telling phrase. In Spain, it is illegal to traffic cannabis, and smoking in public places could mean a stiff fine. On the other hand, it's legal to grow cannabis for personal use and smoke it in private.

This unclear legal framework has given rise to the phenomenon of Barcelona's 'cannabis clubs'. Their numbers have skyrocketed in recent years and someone between 200 and 300 are now thought to be operating in the Catalan capital.

People are even talking about Barcelona as 'a new Amsterdam'.

In fact "the scene in Barcelona is better than in Amsterdam," marijuana industry specialist Russ Hudson told The Local recently.

But this Barcelona-based American also recognizes there are problems with the current system.

Barcelona's cannabis clubs are supposed to be private. They are not actually allowed to sell marijuana and new members are meant to be referred on by existing members.

These members are also expected to provide some form of photo ID, and to be legally registered as living with Spain, although Hudson says hotel addresses are sometimes accepted.

In theory Barcelona's smoking clubs act as cooperatives where annual membership fees go towards the cultivation of marijuana for the use of club members. They are not supposed to be hawking for tourists.

There is a general consensus, however, that the situation in the city is getting out of hand.

"Some clubs are selling drugs other than marijuana, but the chief problem is that there are clubs which are pulling people off the street," Hudson said.

"There are clubs which have clearer rules than others," Jaume Xaus, a spokesperson for CatFAC which represents about 40 smoking clubs in Catalonia told The Local.

"In some cases, people are opening big clubs for financial reasons and then buying their marijuana off the black market.

"We are supposed to be producing our own marijuana. And once people start buying to supply their members, you get criminals involved," Xaus explained.

The CatFAC spokesman also believes much clearer regulation is needed.

While he steers clear of promoting legalization of marijuana — "That is not necessarily a good thing: just look at the situation with alcohol and tobacco" — he does think the legal situation surrounding consumption and production for private use needs to be cleared up.

He told The Local some 100 people have been falsely charged with 'crimes' because of a lack of legal clarity.

Then there is also the problem of people stealing plants grown for clubs: "We can't complain to the police," Xaus said.

"The legislation is very grey and even lawyers I've spoken to are unsure on this," Hudson said of the current confused situation.

The city plans to carry out a census of the clubs and draw up rules for their operations before June.

The move comes despite the city authority's recognition it doesn't actually have the power to make those rules. But Barcelona's politicians believe measures are needed quickly to deal with the rapidly expanding numbers of clubs.

"Barcelona has a good set-up (with smoking clubs) but by bringing in clear regulation, it is going to be even better," said Hudson who believes cannabis tourism is "a good thing" for Barcelona because it "brings money" to the city.

But Xaus doesn't agree. "Marijuana tourism would be absolutely fatal for our association. We need clearer regulation, yes, but our members have to be legally registered as residents of the region. We don't want the clubs to become about making money." 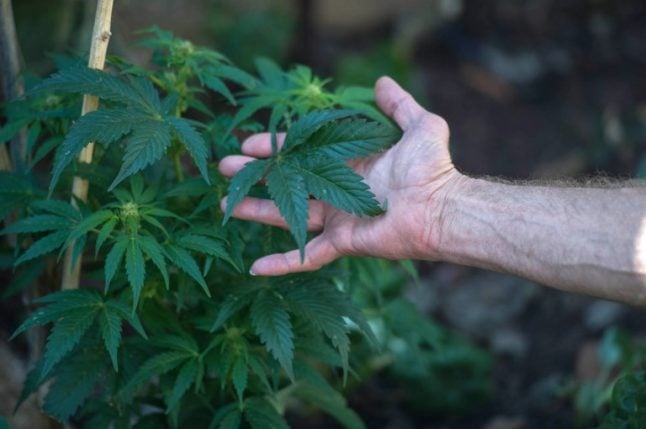