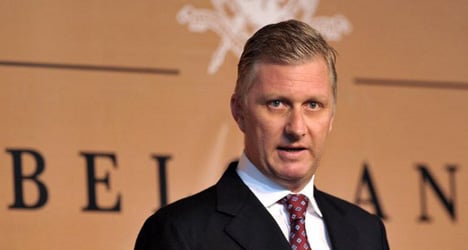 CitizenGo, a political activism and anti-abortion organisation, gathered the signatures as part of a Europe-wide campaign against the legislation, which was passed on February 14th.

One of the petition's organizers, Alvaro Zulueta, says more than 5,000 of the signatures came from concerned Belgians, although Italians made up the largest number of respondents.

If approved, the bill would make Belgium the first country to allow euthanasia for terminally ill children of all ages, although in the neighbouring Netherlands euthanasia is already permitted for children older than 12.

The Belgian Catholic Church opposes the bill, describing it as a "step too far", and European Catholic groups are now appealing directly to King Philippe not to sign the bill into law.

However, while the Belgian monarch is formally required to approve legislation, it would be highly unusual for him to reject the bill, which was adopted by 86 votes to 44 in Belgium's parliament.

The online petition, which has now closed, was launched two weeks ago and calls on Philippe to listen to "the many voices at home and abroad warning you of the dangers of this law".

"Listen to your conscience and stand as a monarch with ethical principle," the petition says, warning that if the legislation is enacted it will send a message to other countries that child euthanasia is morally acceptable.