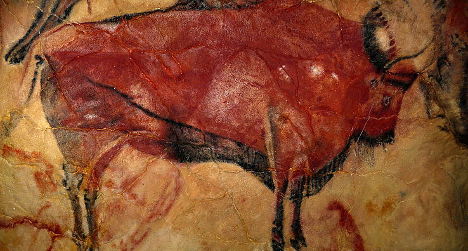 A painting of a bison in the Altamira Cave: it was inhabited approximately 35,000 to 13,000 years ago. Photo: Wikimedia

The small group numbers are to prevent the spread of micro-organisms due to human visitors.

The cave located at Santillana del Mar, in the Cantabria region, was closed in 2002 after damages had been reported to its polychrome prehistoric paintings from the carbon dioxide in the breath of the large number of visitors.

But in January the foundation which manages the cave, declared a World Heritage Site by UNESCO, said it could reopen but only to groups of five people a week, and for 37 minutes, until August when the impact of the visits on the paintings would be reassessed.

Time spent in the actual cave will be just eight minutes, with the rest of the allocated period being taken up by the walk to the cave.

The culture ministry in Madrid said that on Thursday at 11am a first group would be allowed into the cave and selected at random among visitors to the nearby Museo de Altamira.

Overall 192 visitors would be allowed in under the test programme.

Visitors will have to comply with a strict dress code and wear special suits, masks and shoes.

The cave whose walls are covered with paintings that include abstract shapes and animal subjects over a length of more than 270 metres was discovered in 1868.