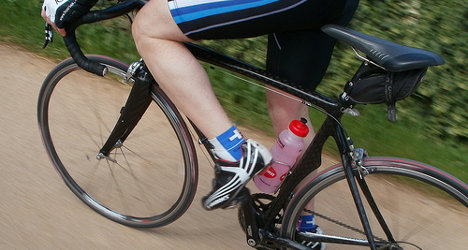 The officer behind the wheel had been driving at high speed and in an intoxicated state when he side-swiped a female cyclist, the court in Majorca ruled. File photo: thefixedfactor/Flickr

The officer was handed the sentence for his role in a 2012 hit-and-run accident in the Majorcan municipality of Llucmajor.

His partner, a passenger in the same police car, was sentenced to fines totalling €1,620 ($2,200) and a year-long driving ban, local daily Mallorca Zeitung reported on Monday.

The officer behind the wheel had been driving at high speed and in an intoxicated state when he side-swiped a female cyclist from Germany, the court ruled.

The 64-year-old holidaymaker who had been travelling with her husband was knocked from the road by the impact and died from serious injuries sustained after hitting a tree.

The officer driving the vehicle stopped only briefly but did not assist the woman and was also found guilty of failing to provide emergency first aid.

His colleague avoided this charge arguing he had been "very tired, and drunk" and saying he didn't know if he had slept through the whole incident.