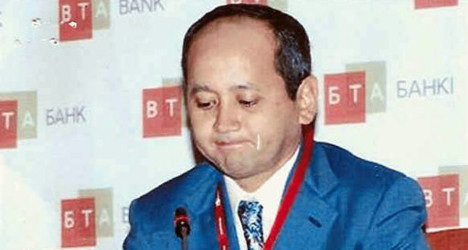 Pavlov argues he is being politically persecuted by the Kazakh government which he says want to obtain information from him about Mukhtar Ablyazov, a foe of strongman Nursultan Nazarbayev, who has ruled the ex-Soviet country for over two decades.

Spain's High Court in November backed the extradition request by a vote of 10–7 but the cabinet had the final say.

The government agreed with the extradition request because Kazakhstan had offered guarantees that Pavlov would be tried within a reasonable time and would be treated humanely, the justice ministry spokeswoman said.

"These were the same conditions that the court based its decision on," she said.

Amnesty International urged Spain to reverse its decision to extradite Pavlov to resource-rich Kazakhstan, which is frequently criticized for its human rights record.

"The Spanish government cannot and should not trust such empty promises from the Kazakhstani authorities, who have relentlessly pursued Aleksandr Pavlov and other associates of Mukhtar Ablyazov," she added.

In March 2012 Kazakh general prosecutors said security services averted bombing in parks and administrative buildings in Almaty that were "at the preparatory stage" which were masterminded by Pavlov.

Pavlov headed the personal security detail of Ablyazov, a former Kazakh energy and trade minister who is wanted on embezzlement charges by Russia and Ukraine.

Ablyazov, who was arrested on the French Riviera in July, is accused of having stolen billions of dollars in state and investor funds while leading the Kazakh BTA Bank.

A French court on Thursday approved his extradition.