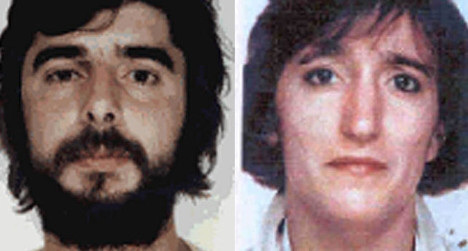 The interior ministry said the pair were part of a unit which carried out several attacks with explosives and firearms that left 18 people dead. Photo: YouTube

The pair, a man and a woman who have been on the run from the authorities for over two decades, were detained in the Pacific tourist resort of Puerto Vallarta by Mexican police on Sunday.

The two were caught with fake identification papers during an immigration check, the ministry said.

Children of the two suspects were unaware of their parents' past and bore the same fake surnames used by Goni and Alberdi, Spanish media reported.

Narvaez Goni and Alberdi joined an Eta unit in 1990 that was charged with carrying out attacks on Spain's Mediterranean coast ahead of the 1992 Olympic Games in Barcelona, according to Spain's interior ministry.

The ministry said the unit carried out several attacks with explosives and firearms that left 18 people dead.

On Monday, a group representing victims of Basque terrorism submitted a petition to the International Criminal Court asking that leaders of Eta and its political wing Batasuna be tried for crimes against humanity.

The group known as Covite added that the leaders could also face charges of genocide.