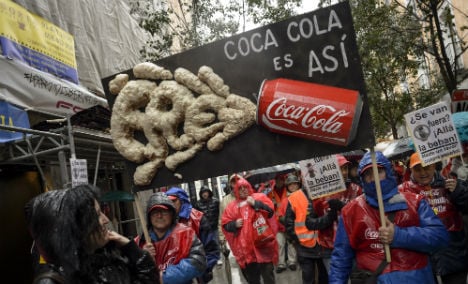 Workers from Iberian Partners, the sole bottler of Coca-Cola in Spain, hold placards during a demonstration on February 15, 2014 in Madrid. Photo: Dani Ponzo/AFP

Demonstrators, some coming from other Spanish cities, carried banners condemning the layoffs and calling for a boycott of Coca-Cola.

Coca-Cola Iberian Partners, the multinational's only bottling company in Spain, said at the end of January the closures were needed to improve efficiency. But workers argue the layoffs are unjustified since the company is making a profit.

Coca-Cola Iberian Partners, which currently has 4,000 employees on its books, was founded last year by merging the seven bottling companies in Spain
owned by the US brand. Under the restructuring plan, four of the 11 plants in Spain — Fuenlabrada near Madrid, Palma, Oviedo and Alicante — will close.

Management and trade unions have until Friday to come up with an agreement, but talks stalled after union representatives demanded the whole plan be
scrapped, which the company rejects. 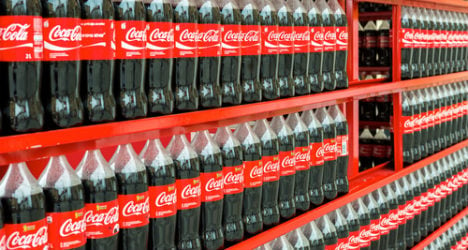 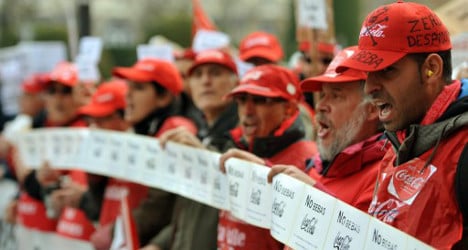