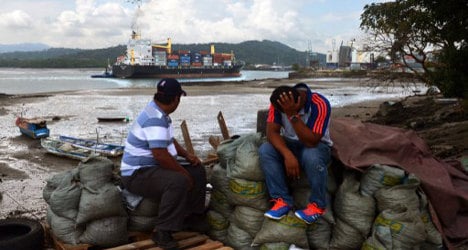 Talks between the Panama Canal Authority and a consortium led by Spanish builder Sacyr broke down on Wednesday as the two sides failed to bridge their differences over who should foot the bill.

"The future of workers and the project is in doubt. There is a crisis here and we don't know how it will end," Saul Mendez, secretary general of the powerful Suntracs construction union, told AFP.

Union officials say around 3,000-3,500 workers were involved in the construction of new locks in the Pacific and Atlantic sides of the waterway, which handles five per cent of global maritime trade.

Before the dispute erupted in December, some 10,000 workers were employed in the project, which was already nine months behind schedule.

Canal administrator Jorge Quijano insisted that the project would be completed as planned "in 2015 with or without" the consortium known as Grupo Unidos por el Canal (GUPC), which includes Italy's Salini-Impregilo company.

GUPC wants the canal authority to compensate the firms for unforeseen costs of US$1.6 billion beyond the initial US$3.2 billion value of the contract.

The authority says it will take any step necessary, including tearing up the contract, to ensure that the project is completed next year.

"I don't believe in this date. It can easily be (delayed) until in 2016," economist Francisco Bustamante, a former Inter-American Development Bank official, told AFP.

The canal facilities are being widened to permit the passage of ships carrying up to 12,000 containers, almost triple the current capacity.

The work began in 2009 and was originally due to be finished this year, coinciding with the 100th anniversary of the canal's inauguration on August 15, 1914.

The delay will also be a fiscal nightmare for the government because it will have to wait longer to reap the financial benefits, experts say.

The use of the canal brings US$960 million per year to government coffers, representing almost 10 per cent of its revenue.

Panama is not the only country that would suffer from a further delay.

Ports in the United States have invested millions to accommodate the new super-cargo ships that will travel across the isthmus.

"The United States has a lot of interest to see this expansion completed. They don't want to have facilities harmed and waiting," Quijano said.

The European Union's industry commissioner, Antonio Tajani, who has been mediating in the dispute, warned that the work stoppage was "bad news for employment, for the worldwide economy, for the expansion works of the canal."

Experts say the overall cost of the project will end up way more than the original estimate of US$5.2 billion.

Bustamante estimates that it will cost an additional US$2.0 billion.

"Whoever builds it, the canal will cost more," he said.

Economist Horacio Estrivi said there is "already a de facto increase in cost and time. The canal is taking more time than planned."

The extra costs will result from the arbitration fight that the canal authority and GUPC will likely face and the probability that a new builder would set conditions to take over.

"Finishing the work with another contractor will have a higher cost because it will start from scratch and will demand a different price because it is coming in to resolve a problem," said analyst Ebrahim Asvat. 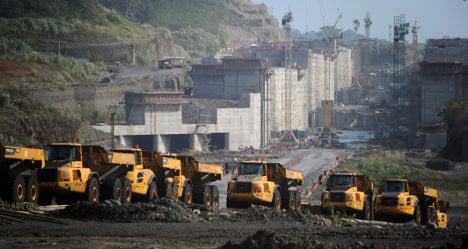 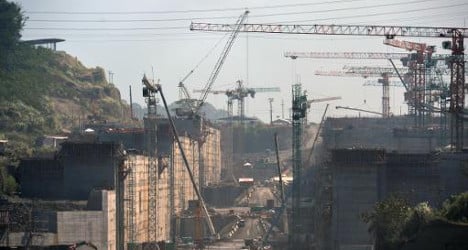 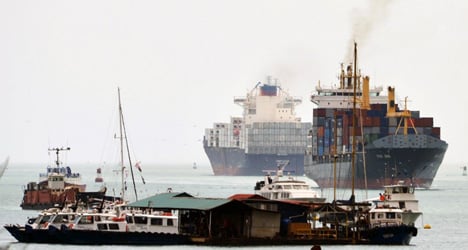 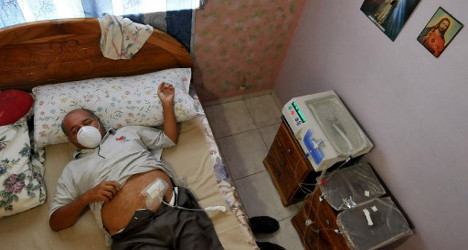