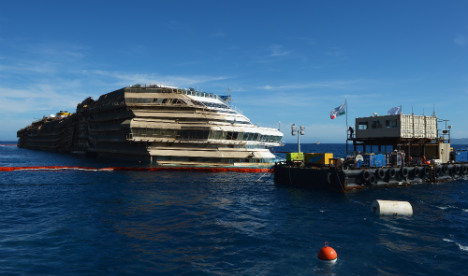 The 30-year-old diver apparently got caught between two metal panels during preliminary work to put in place giant tanks that will help float the ship, which went aground in January 2012 in a disaster that claimed 32 lives.

The tanks are to be welded onto the ship starting in April. They will gradually be emptied of water to re-float the ship in an operation lasting up to 10 days.

The Costa Concordia crashed into the Tuscan island of Giglio on the night of January 13th, 2012, as it was attempting a risky salute manoeuvre close to some rocks just off the shore.

The ship keeled over with 4,229 people from 70 countries on board, and hundreds were forced to jump into the sea during a panicky evacuation.

The salvage operation for the Costa Concordia, which belongs to cruise ship operator Costa Crociere, is the biggest ever attempted for a passenger ship.