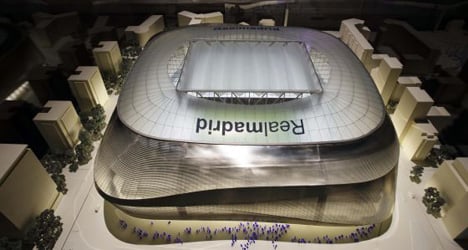 They were contacted by the club on Wednesday and informed of the decision, according to Spanish daily El Pais.

Winners GMP have designed stadiums for the South Africa World Cup and are known for their large arena expertise, but the involvement of Josep Ribas, of Ribas & Ribas architects, in the team was a stumbling block for some Madrid directors.

An official announcement is expected to be made on Friday, finally concluding the drawn-out and controversial bidding process.

The competition has been put out to tender twice, after the club moved the figurative goalposts and demanded the inclusion of money-spinning features such as hotels and shopping malls.

Further delays occurred when a scandal broke over the profitability valuations of the respective designs.

It is uncertain what Madrid's iconic former director, Santiago Bernabeu himself, would make of the plans for the stadium that now bears his name.

“I like Catalonia very much, in spite of the Catalans,” he infamously said in 1968.