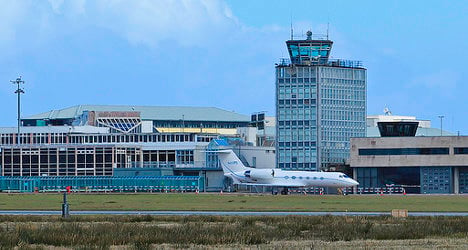 Six people died when a US-built Fairchild turboprop crashed when attempting to land for the third time in heavy fog at Ireland's Cork Airport in February 2011.

The accident investigators also determined that Spanish pilot Jordi Sola López and his copilot Andrew Cantle were not adequately trained.

The pair were also criticized for not choosing to divert their plane to Kerry Airport, which was not experiencing visibility issues on the day of the accident.

Spain's aviation regulator AESA also came under fire for not properly overseeing the operations of the Manx2 flight.

In their report, the AAIU found AESA was guilty of "systemic deficiencies at the operational, organisational and regulatory levels", for issues ranging from pilot training to maintenance.

Manx2 is no longer trading but welcomed the report in a statement issued on Tuesday.

"The devastating impact of the tragic accident at Cork three years ago is not something that the passing of time has diminished and the thoughts and sympathies of all those involved are first and foremost with the families of those who lost their lives and those who were injured," said the airline in their statement.