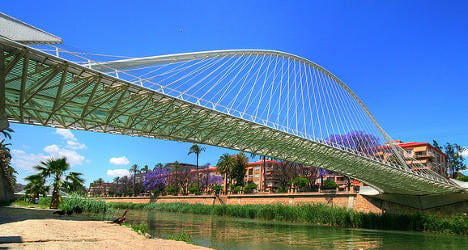 It isn’t the first time Spain's most sought-after architect has been criticized for the design and cost of some of his structures. Photo: Oliver Hadfield

Murcia's Vistabella bridge may be pleasing on the eye, with its glass finish and arch-like shape, but it certainly won't go down in Spanish history as the safest infrastructure to walk on.

Built between 1995 and 1997, it has been the site of constant falls and cuts due to its glass floor, which is slippery and breaks easily.

Even since city authorities put down a €60,000 carpet, to add to the annual €20,000 maintenance costs, Murcia's residents continue to fall over whenever they cross the bridge.

In fact, Murcianos have grown so tired of their slippery bridge that they have initiated several petitions for the glass floor to be replaced, local daily El Mercantil Valenciano reported on Monday.

It isn’t the first time Spain’s most sought-after architect has been criticized for the design and cost of some of his structures.

Some of his other notorious building projects include three bridges in Holland which rusted after a year and a Parliament in the northern Spanish city of Oviedo for which he was forced to pay €3.15 million in compensation after the eaves of the building collapsed . 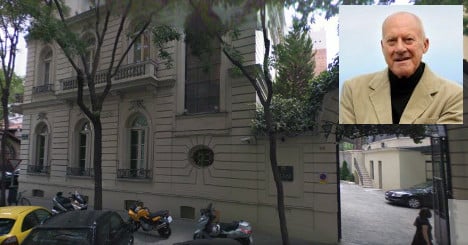