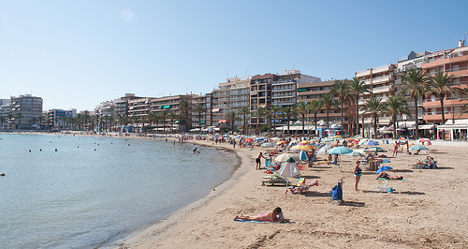 Jones flew to Spain's Costa Blanca to confront Torresgrosa over a year's unpaid rent, the court heard during the trial.

The former Hereford Rugby Club player then let himself into the apartment he rented to the Spaniard in Algorfa, near Torrevieja. He killed Torresgrosa by stabbing him twice.

Torresgrosa's body was found two weeks later. Jones had used boot lace to tie his hands and feet behind his back, the Daily Mail reported.

Jones denied murdering Torresgrosa but said he had entered the flat in May 2009 and cleaned it with bleach.