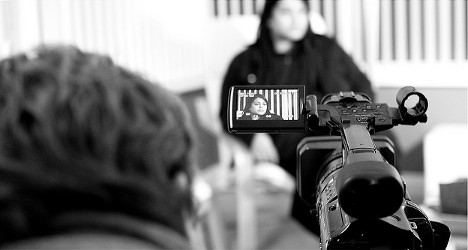 Two private pro-life associations are behind the controversial scheme, but it's Aragon's regional ministry that has received most criticism for advertising the scheme on its website.

The competition's judges will be looking for films that "offer a beautiful, suggestive and encouraging view on why women who have an unexpected pregnancy should opt for life".

Feminist and parents' associations have told Spanish daily El País they find it "shameful and abhorrent that minors are being used to promote a campaign which is totally against women's rights".

But Aragon's regional ministry has argued it only included the competition on its website to promote audiovisual activities among students in the northern Spanish region.

The news comes just weeks after Spain's governing Popular Party decided to approve a draft bill that bans abortions except in cases of rape or where there's a threat to the mother's health.

The legislation has yet to be passed but Spain's conservative party has an overwhelming majority in the country's parliament.

If passed, it will prove to be some of the most restrictive abortion legislation enacted in Europe in recent decades.