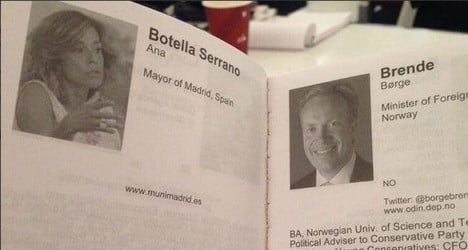 Madrid's current mayor may not go down in history as the most respected dignitary Spain has ever had, but she has certainly provided Spaniards with a good few laughs.

After her infamous 'relaxing café con leche' speech during Madrid's failed Olympic bid last September, Botella is now at the heart of yet another Twitter storm thanks to a slip which can’t necessarily be blamed on her own shortcomings this time.

A brochure handed out at the World Economic Forum in Davos this Wednesday, where Botella is due to take part in talks on employment and urban planning, featured a profile of the Spanish politician alongside those of other global leaders and figureheads.

The difference was, whereas everyone else's curriculum was packed to the brim with titles and accolades showcasing their positions, Botella's included only her name and photo.

"I'm guessing someone made a mistake," Botella told Spain's Radio Nacional when asked what had happened.

Spain's general public took to the news in the same way they always do when Botella is at the centre of a scandal: with mockery.

Images of Botella's blank CV began appearing on Twitter on Wednesday afternoon, some of which had been edited to include children’s drawings or the words "Aznar’s wife", in reference to her being married to Spain’s former Prime Minister José María Aznar.

Indeed the main reason why Spaniards have found the news of Botella's CV so funny is that they believe she has only her husband to thank for her current position of power. 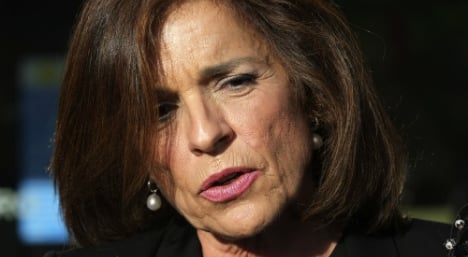