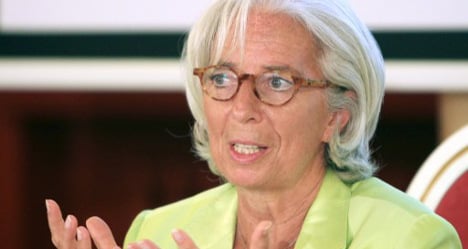 The revised IMF figure is some way up from the 0.2 percent it had previously forecast for Spain in 2014, but remains below the Spanish Government's official prediction of 0.7 percent for this year.

The IMF also predicts Spain's growth rate will be lower than all the other major European economies except for Italy, also expected to experience 0.6 percent growth.

The IMF's figure for Spain does, however, outstrip the 0.5 percent forecast by Brussels in November.

Savings bank association FUNCAS, meanwhile is predicting 0.9 percent growth in 2014, while analysts JP Morgan have put this figure at 1 percent.

The euro area is turning the corner from recession to recovery," said the IMF in a statement on Tuesday.

"High debt, both  public and private, and financial fragmentation will  hold back domestic demand, while exports should  further contribute to growth," said the group
Unemployment remains at a very high 26.7 percent in Spain and the IMF have predicted this figure will stay above 25 percent for the next five years.