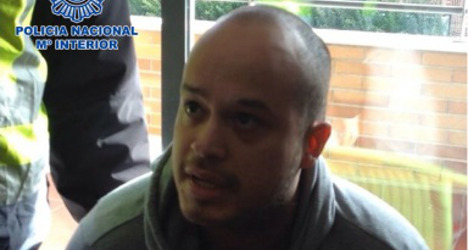 The 33-year-old is accused of murdering two Colombian residents of Spain, whose chopped-up body parts turned up May 31 last year in a canal in The Netherlands. Photo: Spanish Police

The 33-year-old man is accused of murdering the two Colombian residents of Spain, whose chopped-up body parts turned up May 31st last year in a canal in the town of Pijnacker Nootdorp, near the Dutch city of The Hague, Spanish police said in a statement.

The Colombian victims had travelled from Spain to the Netherlands for a drugs deal that went wrong, and they were murdered in a supposed settling of scores, police said.

Spanish police said they arrested the suspected hitman — named by the Spanish press as Juan Héctor Alejandro Roldán Puentes — on January 16th  in the town of Majadahonda, near Madrid, after the Dutch authorities had issued a European detention order.