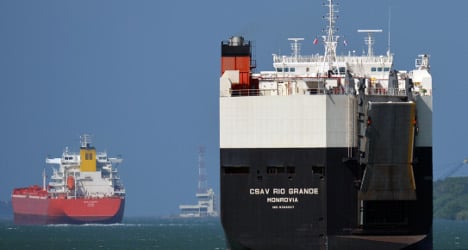 GUPC, which includes Impreglio of Italy, Belgium's Jan de Nul and Constructora Urbana of Panama, has agreed to negotiate with the canal authority within the contract.

The overall canal upgrade is costing $5.2 billion, including GUPC's $3.2 billion contract to build a third set of locks for the century-old canal, which currently accommodates ships that carry up to 5,000 containers.

In the current dispute, GUPC says it ran into costly overruns because the canal authority gave the builders the wrong information regarding the area's geology.

With Monday's deadline looming, canal administrator Jorge Quijano said that contact with the consortium continued over the weekend but that so far no deal had been struck.

"We do help GUPC will find a way that will enable them to move forward on the construction, and continue to make its demands and requests as (the consortium) should under the contract," Quijano told AFP.

He stressed that construction would go ahead with or without GUPC.

The consortium denied that it was in any danger of ceasing construction Monday.

There is "no reason to make any change tomorrow in the status of the construction," the group's statement said, arguing that GUPC could cease work at any time as it deems necessary, and not necessarily on Monday.