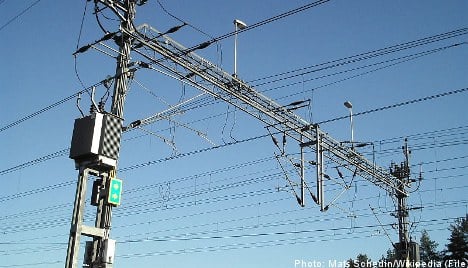 Buckling under a 26-percent unemployment rate after five years of stop-start recession, many Spaniards battle to pay their electricity bills, the third highest in the European Union after Cyprus and Ireland.

The increase in prices is "hair-raising", said Cote Romero, coordinator of Platform for a New Energy Model, which unites 270 groups including protesters against economic inequality, leftists, unions, cooperatives and ecological organisations.

Some 1.5 million homes were left without electricity in 2012 for failing to pay bills, she said, leaving families with no hot water or cooking facilities.

"But without getting to that dramatic point, there are many families severely rationing their energy consumption," said Romero.

By the end of 2012, 17.9 percent of Spanish households — more than three million — were unable to adequately warm their homes, according to the National Statistics Institute.

The Spanish Red Cross said in a report Friday that of the families it had helped, 38 percent were without electricity, "a problem of the first magnitude".

Roman Catholic agency Caritas said its aid to families suffering from "energy poverty" had multiplied by more than 300 percent over the past two years.

Almost half a million consumers joined forces in October to make the first collective purchase of electricity in Spain to try to negotiate a lower price.

Thanks to an online company, HolaLuz.com, which says it distributes green energy, they managed to save an average of 49 euros a year, and up to 180 euros in some cases, said the Consumers and Users' Organisation, the brainchild of the scheme.

"It was a success thanks to the people who raised their voice to day 'I want to pay less for electricity'," the organisation said, congratulating participants.

In the two-part process that determines how much Spaniards must pay to power their homes, the state sets a tariff for energy distribution and companies bid for the right to sell and distribute it.

"It is a speculative auction in which half of the players are financial players," said Romero, whose platform lobbies in Spain and before the European Commission.

In a December auction to set the electricity tariff for the first quarter of 2014, the price soared, threatening to push bills up by 11 percent.

The outcry was such that Prime Minister Mariano Rajoy's conservative government intervened to cancel the result, fixing an increase of 2.3 percent for the quarter while it seeks a new pricing mechanism.

Nevertheless, he blamed high prices on the previous Socialist government's rapid and subsidised introduction of renewable energies based on expensive technologies.

As a result, he said, by the end of 2012, the Spanish electricity deficit — the gap between the cost of the energy supplied and the regulated price paid by consumers — amounted to 26 billion euros, for which consumers paid 2.7 billion euros a year in interest and capital.

"It is a campaign by the big electricity companies to discredit and then eliminate renewable energies because of the competition they represent," Garcia said.

"The price of energy goes down as more renewable energy becomes available," he said.

In 2013, when clean energies accounted for a record 42.4 percent of total demand, the price of electricity fell for the first time since 2004, by an average of 0.9 percent for households, according to official data.