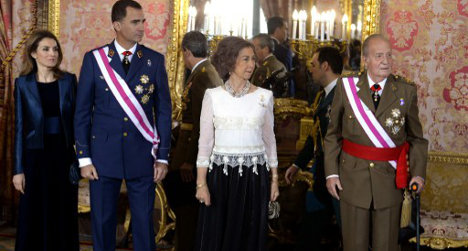 A palace spokesman told AFP he wanted to express his "respect for judicial decisions". He declined further comment.

A judge in Majorca issued a ruling summoning 48-year-old Princess Cristina to give testimony "about alleged tax and money laundering crimes" on March 8 as part of an investigation that could lead to formal charges.

The princess has been linked to the business affairs of her husband, former Olympic handball player Inaki Urdangarin, who is under investigation for alleged embezzlement of public funds.