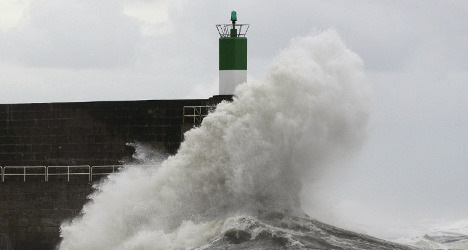 The body of 50-year-old Juan Bedoya López was found on the shore near the A Frouxeira lighthouse in Spain's Galicia province, local daily La Voz de Galicia reported on Tuesday.

Bedoya, a local butcher, was one of four members of the same family swept away by a massive wave which struck the rocky shoreline of Valdoviño.

Witnesses said a pair of waves struck the lighthouse of Meirás where the family had gathered at sunset.

The man's son and elderly brother-in-law are still missing while his daughter managed to make her way back to shore.

In a tragic turn of events, the family had gathered to sit with the ashes of Bedoya's father who died a month ago.

Waves of up to 10 metres in the region were reported as wild weather battered Spain's Atlantic coastline.