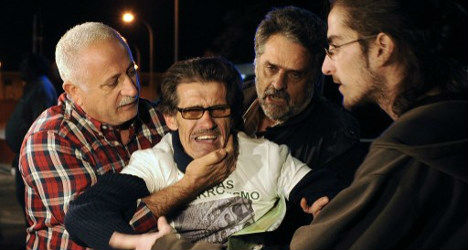 Eta, blamed for the deaths of 829 people in a four-decade campaign of shootings and bombings for an independent homeland in northern Spain and southern France, renounced its armed struggle in October 2011.

The latest announcement appears to be a further softening of the organization's position, but it is unlikely to lead to negotiations with the Spanish and French governments, both of which have repeatedly refused to enter any talks and insist instead that Eta simply disarm and disband.

The EPPK prisoner collective, representing some 700 Eta members in jails across Spain and France, has long called for a general amnesty.

On Saturday, however, EPPK issued a statement through the Basque newspaper Gara saying it would be willing to "study the possibility of a process where our return home takes place in stages, through individual commitments and in a reasonable time".

"We could accept that our return home — our release from jail and as a priority our transfer to the Basque Country — be done through legal channels even if this, for us, implicitly entails the acceptance of our sentence," it said.

The Spanish government has refused to issue an amnesty for Eta prisoners, saying each prisoner must apply individually to be transferred to the Basque region or released and a judge will decide on a case by case basis.

Spain has for decades dispersed Eta prisoners across the country, in part to prevent convicted Basque militants from communicating easily among themselves to plan subversive strategies.

In its latest communique, EPPK vowed to abide by Eta's promise to follow political and democratic processes, renouncing the "methods used in the past".

The prisoners said they "acknowledge the suffering and multilateral damage caused by the conflict" but did not issue an outright apology for the killing and maiming carried out by its own members.

Eta prisoners, however, called for a road map to the resolution of the matter that takes into account the origins of the "conflict".

Such language is anathema to the Spanish and French governments, which consider Eta attacks to be criminal acts carried out by terrorists.

In any case, the two countries' security services say Eta has been severely weakened in recent years by the arrests of its senior leaders in Spain and France.

Eta is considered a terrorist organization by the European Union and the United States. Its last attack on Spanish soil was in August 2009.