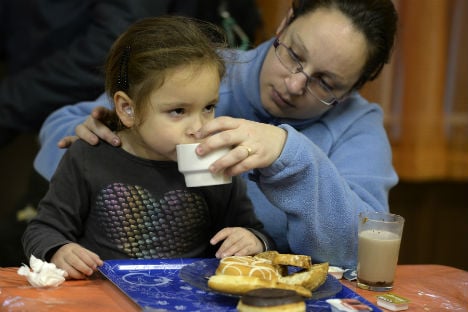 A woman and a girl have their breakfast at a soup kitchen in Barcelona on December 17, 2013. Photo: AFP/ Lluis Gene

After dropping off her children at school in Barcelona, Esmerelda Ingles eats out for breakfast, not at one of the Spanish Mediterranean city's swanky cafes but at a soup kitchen.

The 31-year-old mother of three survives the winter on free food, as the soaring cost of heating her family's home is devouring her meagre budget.

Each morning Ingles joins around 100 other diners — drug addicts, the homeless, unemployed families and battered wives — at the Caliu centre, a church-run soup kitchen operated by volunteers in the city's humble district of Horta.

Ingles resorted to charity after three years without work when her right to unemployment benefits expired. None of the family's relatives knows of their plight.

"I open the mail box fearing new bills to pay," she said.

For her family of five — including daughters aged three and 10 and an eight-year-old son — the water, gas and electricity bills amount to about 100 euros ($136) a month, she said.

"Sometimes we go for a week and a half without electricity or gas because we cannot pay."

After three years of unemployment, Ingles's husband managed to find a temporary gardening job with a monthly salary of 800 euros.

But the New Year looks bleak. When the two-month contract ends, Ingles's husband will be without work again in January.

Her husband is not alone. Spain posted a 26-percent unemployment rate in the third quarter of 2013 even as it celebrated the technical end of a two-year economic downturn, a turnaround that is hard to perceive on these streets.

Usually, Ingles's children are spared seeing their mother in the soup kitchen.

She leaves them at school before entering the Caliu centre, which gives her the children's dinner and the next day's breakfast. But this day, her youngest is sick and sits on her lap drinking chocolate milk as others look on tenderly.

"The eldest can understand. But the others? Christmas is coming now and they are asking for presents. What can I do?" asked Ingles, forcing a smile.

"I am a mother of three. If I am bitter and crying at home it will affect them. That cannot be."

Besides giving food, the Caliu centre offers clothing and even financial aid to cover household expenses.

For the past three years, the soup kitchen has been serving up hot breakfasts to the needy. Unlike most of Spain's economy, it is experiencing high demand.

"Our greatest success would be to close," said Josep Lluis Espunya, a lawyer and voluntary coordinator of the kitchen.

"But unfortunately, we have more work every day."

A 2013 survey found that 17 percent of Spanish households say they get to the end of the month "with great difficulty", and 9.2 percent have been late on paying their bills, according to the National Statistics Institute.

One-fifth of families said they could not warm their homes sufficiently in winter.

Another survey by Intrum Justitia said one-third of Spaniards had no money left after the bills.

The situation could get worse in January, when utility companies have announced an 11-percent rise in electricity costs.

The Spanish government vowed to intervene to rein in that sharp hike, ordering regulators to investigate whether the bidding process that sets the tariffs was fixed.

In the northeastern region of Catalonia, where Barcelona is the capital, the government has banned utilities from cutting electricity to the poorest homes in winter.

Prime Minister Mariano Rajoy's conservative government rejected a similar measure that had been proposed for the whole country.

In the meantime, soup kitchens like the Caliu play a vital role.

"I never thought I would get to this point," said Mohammed, a widowed 46-year-old Algerian chef who found himself without a job after 30 years working in Barcelona.

From pride, he has kept his situation a secret even from his daughter, who no longer lives at home.

"You feel useless; 35-years-old and unable to find work," said Torrecillas as he served coffee at several tables in the centre.

After losing his job, he ended up sleeping next to a bank cash machine with his wife before going back to live with his parents and seeking help from Caliu, where he now works as a volunteer.

His wife and son live with his mother-in-law some 300 kilometres (190 miles) away in Zaragoza. He visits when he can save up enough money for the bus.

"It is tough to have them so far away," he said. "But I want to keep my son away from this." 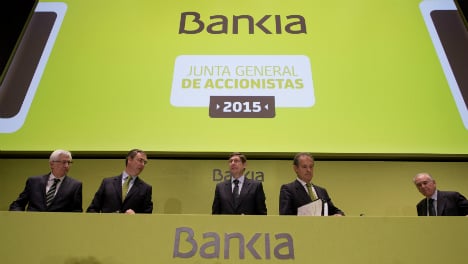 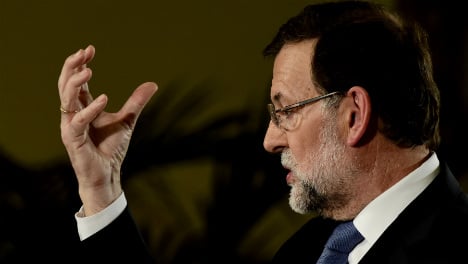 ECONOMY
Rajoy: Spanish economy will take off in 2015
Url copied to clipboard!