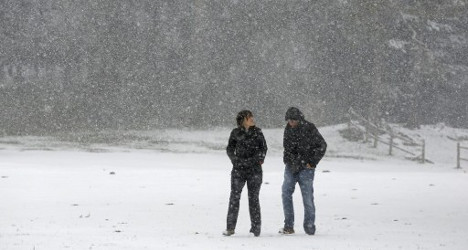 The world experienced record high temperatures in November, the US National Oceanic and Atmospheric Administration (NOAA) reported on Wednesday.

Combined average global land and ocean surface temperatures were 0.78°C (1.40°F) above the 12.9°C average of the 20th century, said the agency.

Temperatures were above average in several regions of the world, but the real hot spots on land were in Russia with the Urals and Siberia recording temperatures 8°C  above average. NOAA images of global ocean and land temperatures in November 2013.

Norway, Croatia and Moldova also clocked up a much warmer than usual November.

In Spain, November began with temperatures 2–3°C above average but then chilled considerably.

In the second half of the month, temperatures were 3–4°C chillier than usual, or the coolest period since 1985.

Other areas that saw colder than usual weather were parts of North America and northern Australia.

Spain's meteorological agency AEMET has yet to release its long-range winter forecast but the country's traditional forecasters — or cabañuelas — are predicting a cold, dry winter.