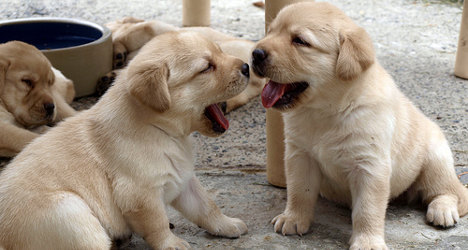 The fugitive vet, identified only as Andrés L. E., was tracked down in the northwestern Spanish city of Lugo after more than eight years on the run.

He is accused of operating on the dogs at his farm in the Colombian city of Medellin.

"They seized three kilograms (6.6 pounds) of liquid heroin inside six puppies. The drug was extracted from the dogs, which had been destined for the United States," the Spanish police said in a statement on Tuesday.

The puppies each had one or two plastic bags of about 400 grams (one pound) of liquid heroin in their abdomens, Medellin police chief Ruben Carillo told news agency AFP at the time.

"When we gave the dogs an X-ray we did not detect anything. We did an ultrasound and there you could see the outline of the bags in their abdomens," he said.

"We had never had a similar case for hiding drugs."

After the Colombian police raid, the United States called on police forces worldwide to detain him on suspicion of drug smuggling.