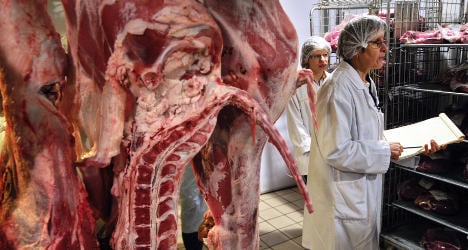 French inspector check the origin of meat at a supermarket in France in March 2013. File photo: Sebastien Bozon/AFP

Police in France and Spain made 21 arrests in raids on Monday as part of an investigation into claims that meat from horses used for drugs testing found its way into the food chain.

The arrests were made at various locations in the south of France and at one location in Spain following a tip-off that hundreds of horses, including some that had been owned by pharmaceutical giant Sanofi, were sold to abattoirs after their veterinary papers were falsified, a police source told news agency AFP.

According to France3 Television horses that had been used for medical research were sold off to butchers, instead of being put down.

Hundreds of horses were illegally sold off into the meat industry between 2010 and 2012, France 3 reported.

Sanofi said in a statement that the company was cooperating with the investigation into "possible fraud" and that it had sold around 200 horses in the last three years, generally to veterinary colleges, individuals or horse centres.

Most of Monday's took part in the South of France – in Languedoc-Roussillon, Provence, the Côte d’Azur and Midi-Pyrénées, sources told the French media.

But Spanish police also took part in the sting with a slaughterhouse in the north of the province of Girona — near the French border — also though to be involved in the trading of the horsemeat.

In April it emerged that more than four percent of the meat being flogged off as beef in Spain actually contains horse DNA.

Those tests come after the European Commission previously asked countries to check levels of horsemeat found in products that were labelled as being other types of meat.

In February France was at the centre of a European wide scandal when it emerged that ready meals being sold in supermarkets across the continent, were labelled as beef despite containing horsemeat.

The European Commission then revealed that thousands of DNA tests on European beef products revealed extensive food fraud across the European Union, with almost one in 20 meats marketed as beef likely to be tainted with horse. 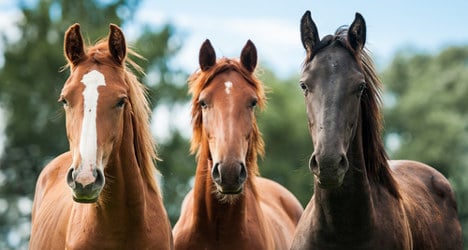 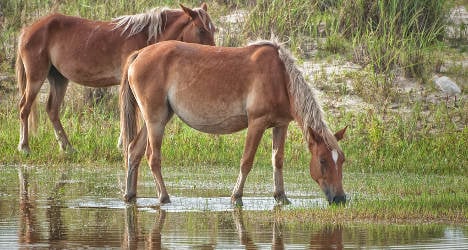