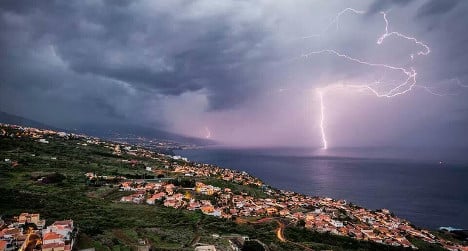 Thousands of islanders have been left without power, dozens of roads have been cut off due to flooding, winds have reached up to 180km/hour and a total of 3,922 lightning bolts have struck the archipelago in a single morning.

The Canaries’ westerly islands — Tenerife, La Palma, La Gomera and El Hierro — have continued to bear the brunt of a storm which has so far left 3,500 homes without electricity.

The combination of strong winds and heavy rainfall has had a particularly severe effect on the south of Tenerife, where most of the island’s tourism industry is based.

Sixteen flights from Reina Sofía Airport have been cancelled and most maritime connexions between the islands have been paused until the storm abates.

The downpour has been so great in some parts of Tenerife that up to 60 litres per square metre have fallen in a single hour.

Here are some of the most shocking photos tweeted by Canary residents over the past few hours:

Red Alert in Tenerife Thunderstorms and Heavy rain. Worst I have seen for several years. pic.twitter.com/ixV2jmkeEa 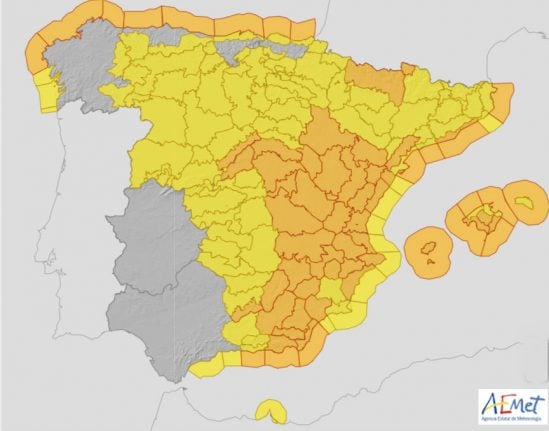 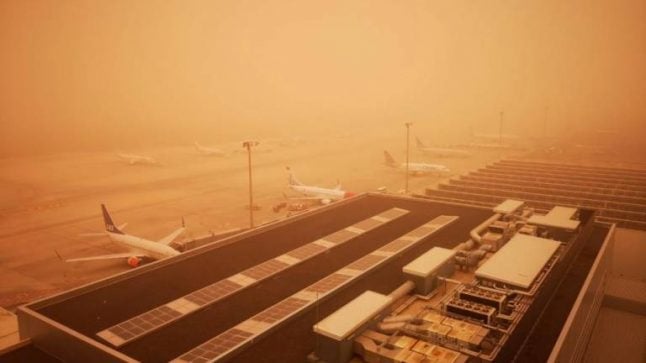 Winds of up to 100km/h are expected to hit the eastern coast affecting areas in the Balearics, Valencia, Catalonia and parts of Andalucia and Murcia while snowfall of up to 20cms is predicted in the Pyrenees.

The north coast is also expecting a battering with waves of up to six metres.

The spate of stormy weather is expected to continue throughout Monday and into Tuesday and continuing into Wednesday in pockets of the north of the country. 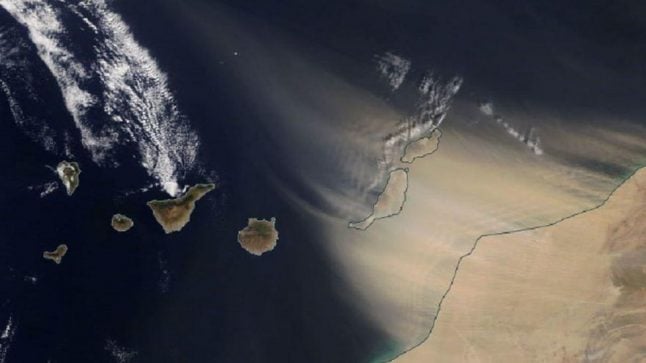 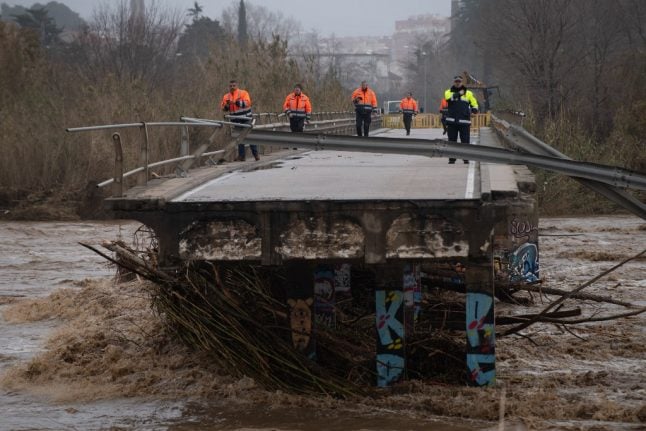