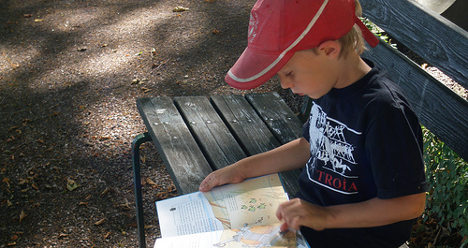 "What do women and floor tiles have in common? "They're both at our feet," is just one of the ‘jokes’ featured in the book. Photo: Linda Aslund

"What do women and floor tiles have in common?"

"They're both at our feet."

This is just one of the ‘jokes’ featured in the book Pequechistes: Sobre chicas (sólo para chicos), which translates to “Lil’ Jokes: About girls (only for boys).

First published in 2009, the paperback has come to be known among women’s rights groups as a guidebook which teaches men to denigrate their female counterparts from an early age.

According to publishing company Libsa, the book offers “the best jokes and funny stories for boys”.

But with full-on sexist slurs like the following, it’s no wonder Spain’s Women’s Institute has come close to taking the publishing company to court:

"What do women and squash balls have in common?"

"The harder you hit them, the sooner they come back to you."

"Why do women close their eyes when they’re making love?"

"Because they don’t want to see us having fun."

Faced with a barrage of complaints over the past four years, the government-run women’s group has threatened to take Libsa to court for the “unacceptable sexism” displayed in their book, which they argue "encourages violent behaviour against women".

The publishing company has reacted by taking the Pequechistes boys' edition off the shelves, although many copies are still available online.

"We don’t want to cause any kind of controversy," Libsa’s sales director Emilio Mata told The Spanish edition of The Huffington Post.

"It's trivial; it only represents a grain of sand of our total sales, so we’ll avoid the problems."

"We never meant to harm women with the book," Mata added.

"It was just meant to be fun."

Read Spanish bishop backs 'get married and be submissive' book