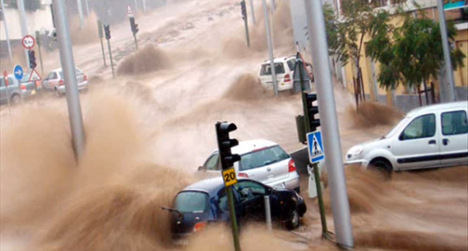 Meteorologists have warned Canary residents that this second instalment of wet, windy weather will be so severe that 100 litres of rain will fall on the archipelago’s westerly islands in just 12 hours.

The Canary Government has issued a code red warning for Tenerife, La Gomera, El Hierro and La Palma and an ‘orange alert’ for Gran Canaria, Fuerteventura and Lanzarote.

All schools and educational facilities in the ‘red zone’ will be closed from 3pm on Tuesday.

Maritime and air transport is likely to experience considerable delays caused by winds of up to 100km/hour.

Spain’s meteorological agency AEMET believes the storms will not cease until Friday.

Storms in Tenerife on December 6th.

Footage of the floods in the south of Tenerife on December 2nd.