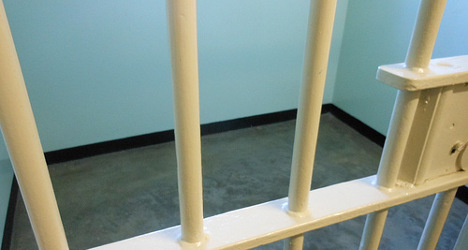 The killer, Miguel Ricart, was the latest convict to benefit from an October 21st ruling by the Strasbourg-based European Court of Human Rights.

The Strasbourg court said Spain had acted illegally by retroactively cutting short the years of remission that an ETA prisoner had earned from good behaviour.

Dozens of ETA members and other violent convicts in a similar situation then demanded their release under the same European court ruling.

Ricart raped and killed young girls Miriam, Toni and Desiree in 1992 in the eastern Valencia region, a crime that shocked the country.

"The outlook for his return to society is not favourable," prisons director Angel Yuste warned this week.

But on Friday, a court in Valencia ordered his release because of the European court ruling.

The cabinetmaker was condemned to 170 years in jail in 1997 although he actually faced a maximum of 30 years behind bars under Spanish law.

Under a new Spanish judicial policy introduced in 2006, Ricart's years of remission were subtracted from his full 170-year sentence instead of being deducted from the maximum 30 years of prison time, as was the previous practice.

The new judicial policy was ruled illegal by the Strasbourg court because it violated the principle that a prisoner's sentence cannot be increased retroactively.