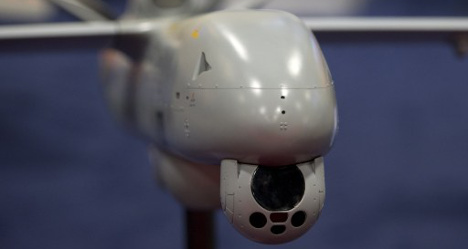 Spain needs to look at high-tech options like drones to defend its African borders, said the PSOE's spokesperson on security Antonio Trevín during a press conference.

The suggestion from Spain's opposition comes in the wake of a recent decision by the Spanish government to reinstall razor blade wire on the border fences of Spain's African enclaves of Ceuta and Melilla.

The move is a bid to stop would-be immigrants crossing into Spain by climbing those fences.

Some 3,000 migrants attempted to scale the border fence around Melilla between January 1st and September 17th, according to Spain's interior ministry. That compares to 1,610 during the same period in 2012.

Footage of would-be immigrants trying to reach the Spanish city of Melilla (no sound).

But the decision to install the razor blade wire, or cuchillas as it is known in Spanish, has been widely criticized with Amnesty International saying Spain was placing more emphasis on the security of the European Union than on human rights.

On Monday Spain's Interior Minister Jorge Fernández Díaz responded by saying that the wire was a "deterrent" and only caused "minor" and "superficial" injuries.

On Thursday, however, the socialists launched a counter-offensive, introducing a suite of possible alternative measures to shore up the borders in question.

Their suggestions included the use of drones, strategically placed radars, movement sensors, high-powered lighting and acoustic alarms along the entire border.

"The (Interior) Ministry has to give up on the ideas that got us into this situation: pride, stinginess and laziness," said Trevín during his press conference.

Spain's socialists themselves placed this form of wire on the fences of Spain's African cities in 2005, they later removed the material because of injuries caused to immigrants.

Spain's borders in Ceuta and Melilla are the only EU borders on the African continent.