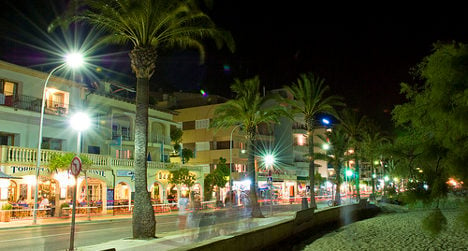 The 22-year-old aggressor bit one of the tourists on the hand, slammed her against the ground and ripped some of her hair out.Photo: Netsnake/Flickr

Needless to say, being a Good Samaritan doesn't always pay off.

But the last thing you expect when saving someone from a brutal beating is for that person to take it out on you.

That's what four Austrian tourists on the Spanish holiday island of Majorca must have thought after they were left battered and bruised by a single woman.

They spotted the victim-turned-attacker at 6.15 on Sunday morning outside a club in the island's capital, Palma.

After witnessing how she was being beaten by two other women, the holidaymakers parked the car they were driving and ran towards the brawl.

The attackers fled immediately, allowing the tourists to try to assist the injured woman.

But her reaction was none other than to lash out against them.

Local daily Diario de Mallorca reported that the 22-year-old aggressor bit one of the tourists on the hand, slammed her against the ground and ripped some of her hair out.

Palma police arrested the woman soon after the attack.

All four tourists were taken to a local health centre due to their injuries.