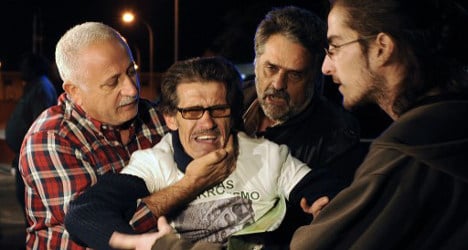 Spanish media said those freed included Javier Martinez Izaguirre, who was convicted of an attack that killed a toddler in 1991.

Many Spaniards are outraged by the release of Eta prisoners convicted of deadly shootings and bombings in a violent campaign for an independent Basque homeland in northern Spain and southwestern France.

The European Court of Human Rights in Strasbourg ruled last month that Spain had acted illegally by retroactively cutting short the years of remission that an Eta prisoner had earned from good behaviour.

Dozens of other Eta members who had their remissions cut short under the same policy have since been released under the European court ruling.

"Today 14 imprisoned Eta members have been freed on the order of the National Court, under the Strasbourg ruling," and the prisons had been ordered to free them immediately, said a court source who asked not to be named on Tuesday.

The Strasbourg ruling has also led to several serial rapists and murderers being released.